The FDA has approved CoolSculpting™ to safely and effectively destroy unwanted fat cells in areas of the body through highly technological process called Cryolipolysis. This process actively freezes fat cells. Fat cells are very sensitive to cold and are destroyed when the cooling panels within the CoolSculpting™ cups are placed on the fat bulges. This treatment is effective at reducing  fat to the following areas to achieve your ideal image:

CoolSculpting™ Before And After

*Above: CoolSculpting Patient After Only One Session.

How Does CoolSculpting Work?

The panels are left on for one hour per area treated. If you want love handles and front abs done this would be considered three treatments taking 3 hours of time. When the cooling panels are removed, the area is cold and thick like a brick. After a few minutes of massage by the technician, the skin returns back to its natural softened warm state. There may be some soreness for about 5-7 days and the results are first seen beginning in the 4th week after the destroyed cells are absorbed by the body. It takes up to 90 days to see your best results.

To find out more about CoolSculpting in Maryland, call the Center for Cosmetic Surgery & MediSpa at (410) 602-3322 and ask for Lauri Kane. Schedule a Consultation Today

Why Choose Dr. Dean Kane for CoolSculpting™ in Baltimore?

This CoolSculpting procedure was performed by Dr. Dean Kane as he has been one of the first Medi-Spas in Baltimore to perform CoolSculpting and has been recognized for performing over 1000 patients’ treatments and awarded the CoolSculpting Club 1000 award.

Why Choose CoolSculpting™ To Freeze Fat?

Frustrated by those stubborn fat bulges that won’t go away even with exercise and diet? Those genetic areas of fat that no matter what weight you are the fat just doesn’t budge. CoolSculpting™ is the most innovative and high tech procedure that has been proven to reduce those aggravating stubborn areas of fat without surgery and no downtime. CoolSculpting™ is the best non-invasive alternative to surgical liposuction. This brand new mechanism of freezing your fat away really works. It’s the coolest way to get a hot body. Freeze your fat away and feel wonderfully fit.

CoolSculpting™ is a novel, non-invasive, and clinically proven therapy to selectively thin the superficial fat of the skin using a dual cooling plate within a therapeutic suction cup. There are 3 cups which must have a secure fit for it to work. Over the course of an hour, the suction may create a sensation of tugging, pulling, or pinching. The cooling process may feel tingling, cold or burning. These feelings subside over 5-10 minutes.

You will then sit comfortably, napping, reading, working on your iPad or laptop, or listening to music during the time the therapy proceeds. At the end of the session, the cup is removed and the stiff frozen fat is massaged back to normal. This takes less than a minute and another site is started.
The fat cells that were cooled to “freezing” signal the cell to undergo involution also called apoptosis. This process can create swelling, a pink blush, itching and sometimes discomfort like that of sit-ups over a period of 3 – 12 weeks.

While you are not required to wear a garment, Dr. Dean Kane suggests that you may want to wear a Spanx or Under Armour type garment during the initial couple of weeks right after the procedure is performed just to feel some support in the treated areas. While most people feel small discomfort, ibuprofen can be used to reduce any soreness. The fat and any residual cells are eliminated through the liver and the stool.

To find out more about CoolSculpting in Maryland, call the Center for Cosmetic Surgery & MediSpa at (410) 602-3322 and ask for Lauri Kane. Schedule a Consultation Today

Should I Consider CoolSculpting Over Liposuction?

Who Is a Good Candidate for CoolSculpting?

You are never too old for CoolSculpting. It is a great alternative to liposuction or a tummy tuck. This 73-year-old white female from Baltimore, Maryland underwent CoolSculpting of her abdomen, flanks, and love handles. Her results as shown are 90 days post one treatment. As an older woman her skin is looser, but the results show that she had some very nice contraction of her skin laxity as well as fat loss.

Watch Video:
See how CoolSculpting can get rid of your double chin in under an hour.

The CoolMini applicator is small and curved to fit the underside of the jaw between the chin and the entire angle of the neck. This non-surgical procedure is a true alternative to liposuction. In as little as one 30 minute procedure and with time a permanent reduction of the double chin is effectively achieved.
For very full double chins, it is possible to use 1 to 4 applicators that can capture the fat from the entire jawline starting from one ear to the other ear treating the full thickness of the entire neck. The results have been remarkable and very quick seeing a difference as soon as 45 days, but the thinning process continues up to 90 days for the greatest outcome. The fat cells are permanently destroyed by this freezing technique which provides for long term results. 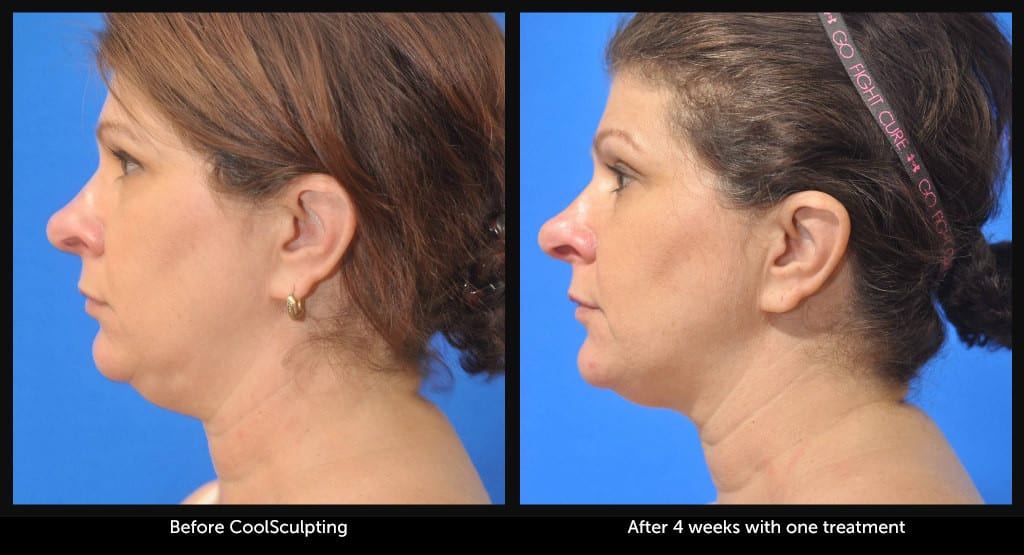 * Above: CoolSculpting Patient After One Treatment

If you want to transform your appearance with the CoolSculpting procedure, call (410) 602-3322 to schedule a consultation with Dr. Dean Kane. 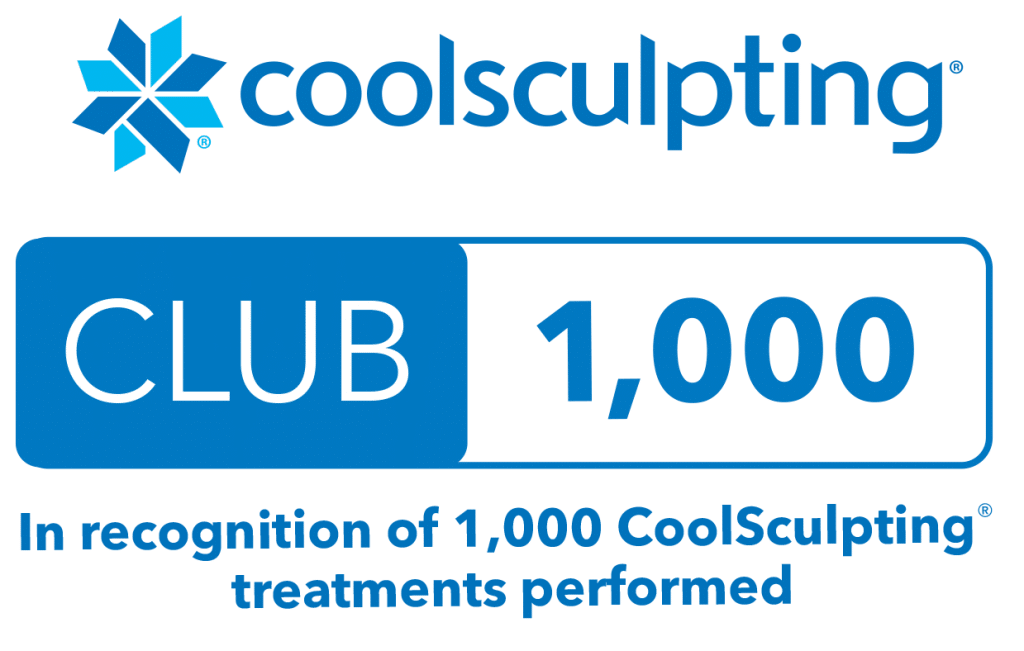 *Actual patients of Dr. Dean Kane. Results may vary from patient to patient. No results are guaranteed. 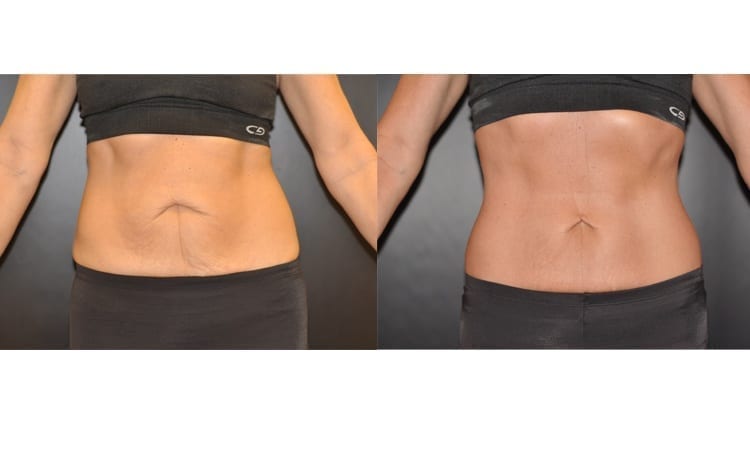 “one of the most personable healthcare professionals ever! my first visit was very informative and helpful!”
-S.Wilhelm